Home/News/Interview with Maximum Metal
Previous Next

Interview with one half of Arch/Matheos and Fates Warning founding member Jim Matheos on their new release ‘Winter Ethereal’.
By: Mark Cubbedge  |  Published: Monday, April 22, 2019
Thirty-five plus years into his career as founding member and guitarist for the progressive metal band Fates Warning, Jim Matheos has earned the reverence of fans and the respect of peers. Combining strong guitar work with the vocals and poetic writing of early member John Arch, Fates releases ‘The Spectre Within’ and ‘Awaken the Guardian’ were seminal works in the development of progressive and power metal. After those albums, the two men parted ways.

Jim and John eventually reunited under the moniker “Arch/Matheos” releasing ‘Sympathetic Resonance’ in 2011. Now, eight years later, they have collaborated again with the Metal Blade release ‘Winter Ethereal’, a meticulously crafted masterpiece of nine tracks that bring you along on a powerful musical and emotional experience.

Photographer Mark Cubbedge had a chance to speak with Jim for Maximum Metal about the recent tour and some of what went into the making of ‘Winter Ethereal’.

Mark Cubbedge: Fates Warning just finished up their 2019 U.S. tour with Queensryche a few weeks ago. I’ve seen a number of fans excited about seeing “Falling Further” performed live for the first time. Were there any particular highlights that stand out for you from the tour?

Jim Matheos: It was a great tour for us on many levels. It was the perfect match stylistically, and both bands get along great, which is really important. Being in a support slot allowed us to reach some people who maybe haven’t heard us before, so hopefully we made some new fans. It’s hard for me to imagine a much better tour for us.

Funny you mention “Falling Further”. This tour was the first time we’ve played it. We’d put it in every few nights and were always unsure of the response it got. There seemed to be a fair number of people, even among the Fates Warning fans, who didn’t know it or what to make of it. This was one of our frequent “post-game” discussions after a show–how did “Falling Further” go over? Overall I’d say it got mixed reviews. It’s a fun song to play but I’m unsure if it will make it back in to future setlists very often.

MC: You obviously have worked very closely with a number of the musicians playing on Winter Ethereal over the years with Fates Warning so you knew exactly what they could bring to this effort. But what about the other musicians; how did you decide on who else to enlist on Winter Ethereal?

JM: We agreed early on that it would be an interesting idea to use a variety of session musicians to fill out the lineup this time. With that decided I put together a sort of master list of people I thought could make interesting contributions, or just people that I was interested in working with in general. This first pass was pretty extensive, probably somewhere around 15-20 drummers and slightly less bass players. From there we just started narrowing it down–who’s the best fit, who could add something unique to the songs, who’s interested and available, etc…until we got down to the final players.

MC: Furthering that thought how did you go about deciding which musicians would play on which songs?

JM: All of the players have their own distinct style and sound, and there’s a lot of variety between them. Similarly, I think the record is fairly eclectic overall. So, it was just a matter of matching each player’s strengths to whichever song we thought would be benefit from those qualities. That said, the whole process was a bit arbitrary. By that I mean, obviously, they’re all accomplished musicians who can play many styles. Moving any one of them around to a song they didn’t play on would have given that particular piece a slightly different flavor. Not better or worse, just different then what we ended up with. So, again, it was just a question of putting each one of them where we thought they’d best fit, realizing that the whole process was rather subjective and that there was no right or wrong ways to choose. 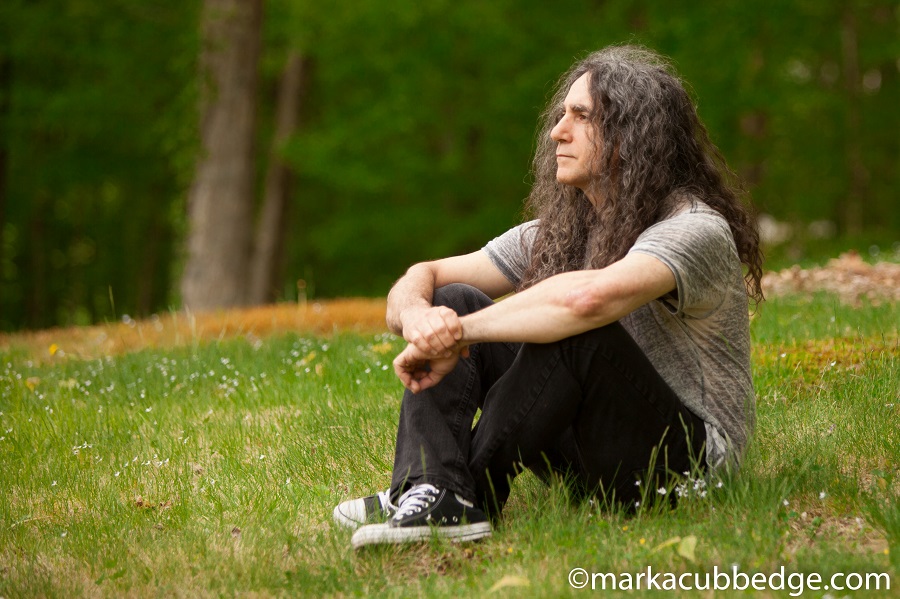 MC: One of the things that really stands out to me when listening to Winter Ethereal is the layering or depth of guitar work going on. Honestly I felt like if I listened to the album without my headphones on I was missing a lot musically. Can you talk about what you’ve done there? It feels so different from anything else I can recall listening to.

JM: Thanks a lot for that! Layering guitars and using a lot of counterpoint, often panned dramatically, is not something that’s unique to Winter Ethereal though. I’ve been doing it, in varying degrees, for a while now. That said, I’d agree that this record showcases that technique a bit more than previous efforts. A lot of it just comes from me trying to keep the parts interesting for myself–I get excited and inspired when things don’t necessarily “line up”, or when there’s more than one thing at a time going on musically. For me, it’s a much more interesting and subtle approach than hitting people over the head with a million notes. I also know that this approach often inspires John. He likes to have various elements within sections that he can latch on to for melody ideas.

MC: “Pitch Black Prism” tells a remarkably Shakespearean story about a ballerina tragically dancing her life away in the midst of the Chernobyl meltdown. For me that song really is an emotional journey and the lyrics and music perfectly complement each other throughout–right up to the fitting end of the song and her life. Can you talk about how that song came together to be really one of the more perfect marriages of music and lyrics I’ve heard in quite some time?

JM: Thanks again. John, of course, gets full credit for bringing the story to life with his lyrics. Musically, the way I write and the way I present ideas to John is almost always the same process. I write full songs that have peaks and valleys, different sections, feels, etc…and that tell a story, instrumentally, to me. What that story is isn’t important. What’s important is that the song then inspires something in John to create his own story around the music. Sometimes, as I recall was the case with “Pitch Black Prism”, he’ll keep my original arrangement pretty much intact and will be able to write a narrative that follows the outline of the music I gave him. Other times, as his story develops he’ll ask me to add something or move sections around to better match what he’s trying to say. As I say, with “Pitch Black Prism” his final lyrical ideas matched up pretty well with the original music outline, aside from making a few sections longer to allow John room to say everything he wanted to say.

MC: What are you most proud of with Winter Ethereal now that the work of writing and producing the album are behind you?

JM: Hmm, that’s always a tough question. Each album, with anyone I work with, is such a huge undertaking and becomes such a big part of my life for the year or so I work on it, that it’s tough to take a step back, particularly so early, and look at it objectively. I guess with this one I’d say I’m proud of the fact that after having worked together for 35 years or more John and I can still inspire each other and do work that we’re happy with, and that we think can stand up to anything we’ve done in past. That feels pretty good.